On 19 March 1882, construction of the Sagrada Família began under architect Francisco de Paula del Villar. In 1883, when Villar resigned, Gaudí took over as chief architect, transforming the project with his architectural and engineering style, combining Gothic and curvilinear Art Nouveau forms. Gaudí devoted the remainder of his life to the project, and he is buried in the crypt. At the time of his death in 1926, less than a quarter of the project was complete.

Relying solely on private donations, the Sagrada Família's construction progressed slowly and was interrupted by the Spanish Civil War. In July 1936, revolutionaries set fire to the crypt and broke their way into the workshop, partially destroying Gaudí's original plans, drawings and plaster models, which led to 16 years of work to piece together the fragments of the master model. Construction resumed to intermittent progress in the 1950s. Advancements in technologies such as computer aided design and computerised numerical control (CNC) have since enabled faster progress and construction passed the midpoint in 2010. However, some of the project's greatest challenges remain, including the construction of ten more spires, each symbolising an important Biblical figure in the New Testament. It was anticipated that the building would be completed by 2026, the centenary of Gaudí's death but this has now been delayed due to the Coronavirus pandemic.

The basilica has a long history of splitting opinion among the residents of Barcelona: over the initial possibility it might compete with Barcelona's cathedral, over Gaudí's design itself, over the possibility that work after Gaudí's death disregarded his design, and the 2007 proposal to build a tunnel nearby as part of Spain's high-speed rail link to France, possibly disturbing its stability. Describing the Sagrada Família, art critic Rainer Zerbst said "it is probably impossible to find a church building anything like it in the entire history of art", and Paul Goldberger describes it as "the most extraordinary personal interpretation of Gothic architecture since the Middle Ages". The basilica is not the cathedral church of the Archdiocese of Barcelona, as that title belongs to the Cathedral of the Holy Cross and Saint Eulalia. Model of the complete design

After a visit to the Vatican in 1872, Bocabella returned from Italy with the intention of building a church inspired by the basilica at Loreto.[1] The apse crypt of the church, funded by donations, was begun 19 March 1882, on the festival of St. Joseph, to the design of the architect Francisco de Paula del Villar, whose plan was for a Gothic revival church of a standard form.[1] The apse crypt was completed before Villar's resignation on 18 March 1883, when Antoni Gaudí assumed responsibility for its design, which he changed radically.[1] Gaudi began work on the church in 1883 but was not appointed Architect Director until 1884. New stonework at the Sagrada Família (left) is visible against the stained and weathered older sections (right).

On the subject of the extremely long construction period, Gaudí is said to have remarked: "My client is not in a hurry."[2] When Gaudí died in 1926, the basilica was between 15 and 25 percent complete.[3][4] After Gaudí's death, work continued under the direction of Domènec Sugrañes i Gras until interrupted by the Spanish Civil War in 1936.

Parts of the unfinished basilica and Gaudí's models and workshop were destroyed during the war by Catalan anarchists.[citation needed] The present design is based on reconstructed versions of the plans that were burned in a fire as well as on modern adaptations. Since 1940, the architects Francesc Quintana, Isidre Puig Boada, Lluís Bonet i Gari and Francesc Cardoner have carried on the work. The illumination was designed by Carles Buïgas. The current director and son of Lluís Bonet, Jordi Bonet i Armengol, has been introducing computers into the design and construction process since the 1980s. Mark Burry of New Zealand serves as Executive Architect and Researcher.[5] Sculptures by J. Busquets, Etsuro Sotoo and the controversial Josep Maria Subirachs decorate the fantastical façades. Barcelona-born Jordi Fauli took over as chief architect in 2012.[6]

The central nave vaulting was completed in 2000 and the main tasks since then have been the construction of the transept vaults and apse. As of 2006[update], work concentrated on the crossing and supporting structure for the main steeple of Jesus Christ as well as the southern enclosure of the central nave, which will become the Glory façade.

The church shares its site with the Sagrada Família Schools building, a school originally designed by Gaudí in 1909 for the children of the construction workers. Relocated in 2002 from the eastern corner of the site to the southern corner, the building now houses an exhibition.[citation needed]

Historical photographs of the Sagrada Família In this model, parts already built are shown in brown (2021).

Base of the Christ steeple under construction (2009)

Chief architect Jordi Fauli announced in October 2015 that construction is 70 percent complete and has entered its final phase of raising six immense steeples. The steeples and most of the church's structure are to be completed by 2026, the centennial of Gaudí's death; as of a 2017 estimate, decorative elements should be complete by 2030 or 2032.[8] Visitor entrance fees of €15 to €20 finance the annual construction budget of €25 million.[9]Computer-aided design technology has been used to accelerate construction of the building. Current technology allows stone to be shaped off-site by a CNC milling machine, whereas in the 20th century the stone was carved by hand.[10]

Japanese artist Etsuro Sotoo at work in the gypsum workshop

In 2008, some renowned Catalan architects advocated halting construction[11] to respect Gaudí's original designs, which, although they were not exhaustive and were partially destroyed, have been partially reconstructed in recent years.[12]

In 2018, the stone type needed for the construction was found in a quarry in Brinscall, near Chorley, England.[13]

Since 2013, AVE high-speed trains have passed near the Sagrada Família through a tunnel that runs beneath the centre of Barcelona. The tunnel's construction, which began on 26 March 2010, was controversial. The Ministry of Public Works of Spain (Ministerio de Fomento) claimed the project posed no risk to the church.[14][15] Sagrada Família engineers and architects disagreed, saying there was no guarantee that the tunnel would not affect the stability of the building. The Board of the Sagrada Família (Patronat de la Sagrada Família) and the neighborhood association AVE pel Litoral (AVE by the Coast) had led a campaign against this route for the AVE, without success.[citation needed]

In October 2010, the tunnel boring machine reached the church underground under the location of the building's principal façade.[14] Service through the tunnel was inaugurated on 8 January 2013.[16] Track in the tunnel makes use of a system by Edilon Sedra in which the rails are embedded in an elastic material to dampen vibrations.[17] No damage to the Sagrada Família has been reported to date.

The main nave was covered and an organ installed in mid-2010, allowing the still-unfinished building to be used for religious services.[18] The church was consecrated by Pope Benedict XVI on 7 November 2010 in front of a congregation of 6,500 people.[19] A further 50,000 people followed the consecration Mass from outside the basilica, where more than 100 bishops and 300 priests were on hand to offer Holy Communion.[20]

Starting on 9 July 2017, there is an international mass celebrated at the basilica on every Sunday and holy day of obligation, at 9 a.m, open to the public (until the church is full). Occasionally, Mass is celebrated at other times, where attendance requires an invitation. When masses are scheduled, instructions to obtain an invitation are posted on the basilica's website. In addition, visitors may pray in the chapel of the Blessed Sacrament and Penitence.[21]

On 19 April 2011, an arsonist started a small fire in the sacristy which forced the evacuation of tourists and construction workers.[22] The sacristy was damaged, and the fire took 45 minutes to contain.[23]

On 11 March 2020, due to the COVID-19 pandemic in Spain, construction was stopped and the basilica was closed.[24] This is the first time the construction has been halted since the Spanish Civil War.[25] The Gaudí House Museum in Park Güell was also closed. The basilica reopened, initially to key workers, on 4 July 2020.[26] 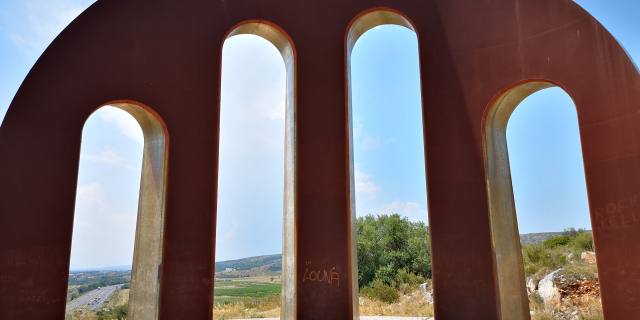 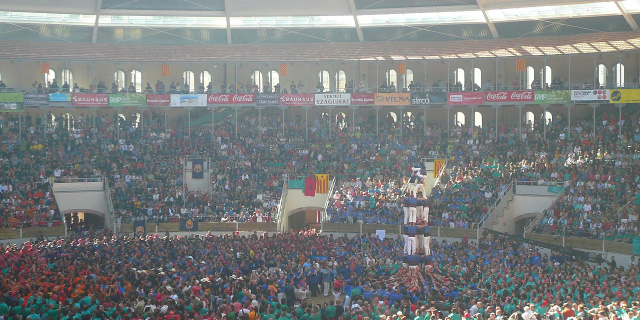 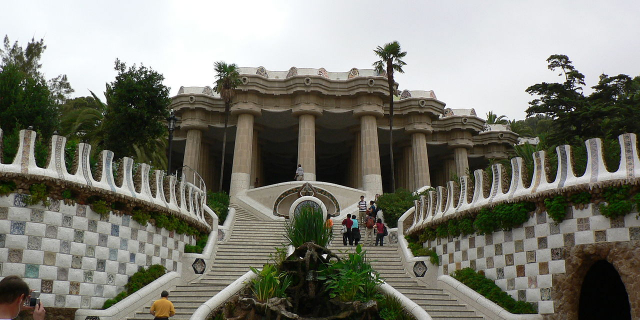 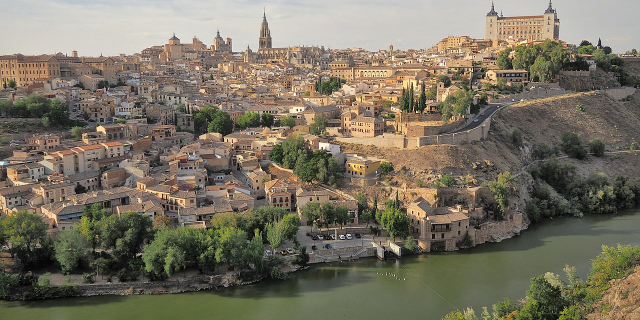 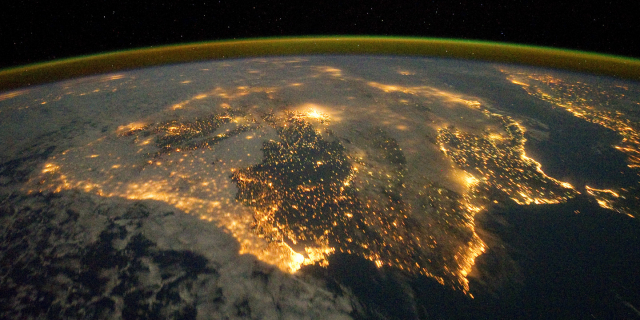 What can you do around Sagrada Família ? 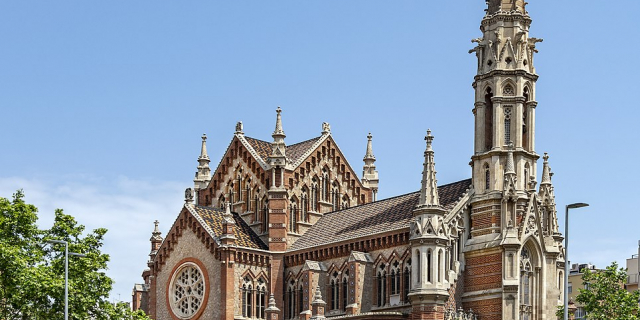 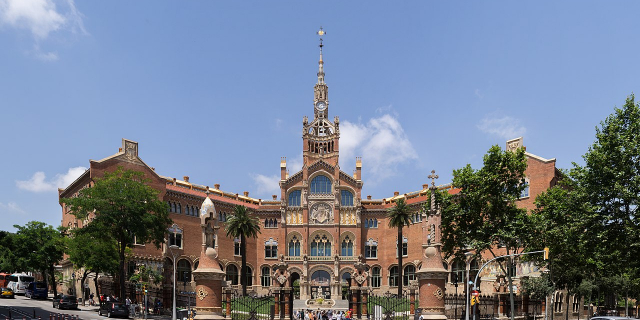 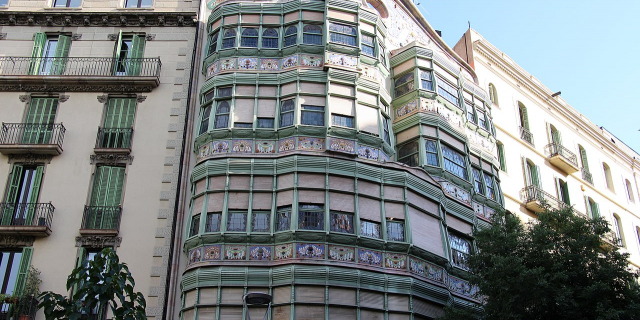 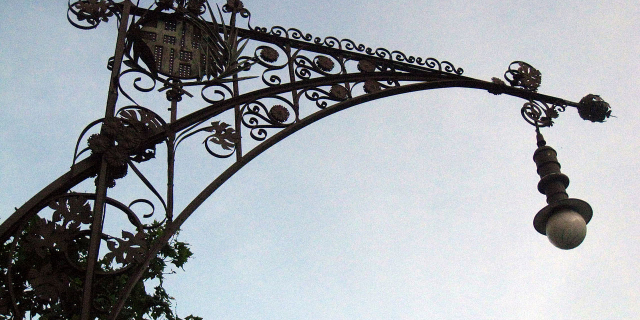 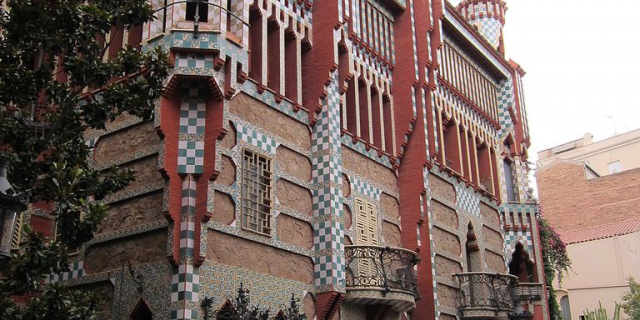 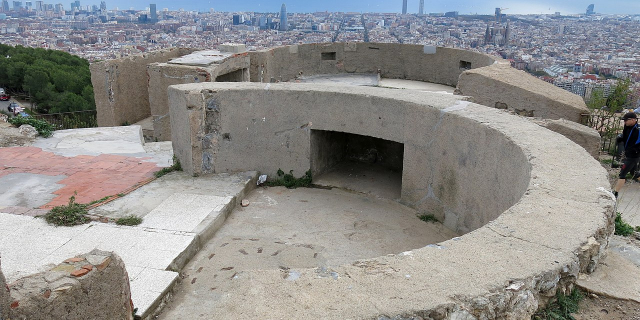 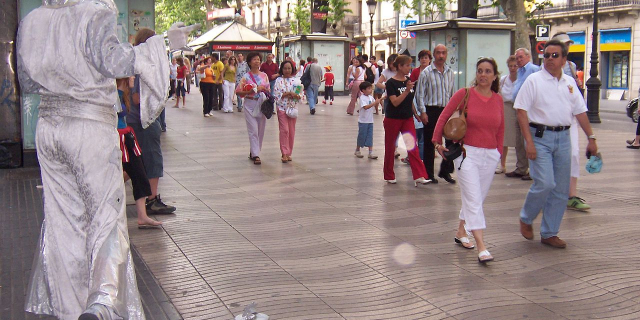