Wat Samphran (Thai วัดสามพราน) is a Buddhist temple (wat) in Amphoe Sam Phran, Nakhon Pathom province, around 40 kilometers to the west of Bangkok. The temple was officially registered in 1985.

The temple is notable for its 17-story tall pink cylindrical building with a gigantic red-and-green dragon sculpture curling around the entire height. The interior of the dragon sculpture contains a spiraling flight of stairs, which has however deteriorated to a poor condition in places. It also contains a huge Buddha statue as well as many additional Buddhist statues.

The temple clergy was involved in a sexual misconduct scandal that resulted in long prison sentences in 2004. 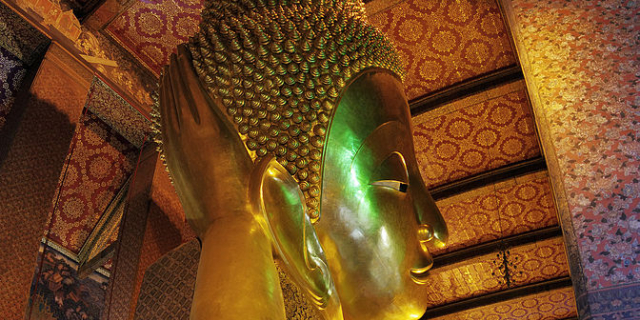