Shāh Chérāgh (Persian: شاه چراغ) is a funerary monument and mosque in Shiraz, Iran, housing the tomb of the brothers Ahmad and Muhammad, sons of Mūsā al-Kādhim and brothers of ‘Alī ar-Ridhā. The two took refuge in the city during the Abbasid persecution of Shia Muslims. Shāh-é-Chérāgh is Persian for "King of the Light".

The site is the most important place of pilgrimage within the city of Shiraz. Ahmad came to Shiraz at the beginning of the third Islamic century (approximately 900 AD), and died there. During the rule of Abu Bakr ibn Sa'd (r. 1226–1260) of the Salghurid dynasty, the chief minister to the monarch by the name of Amir Muqarrab al-Din Mas'ud built the tomb chamber, the dome, as well as a colonnaded porch. The mosque remained this way for roughly 100 years before further work was initiated by Queen Tash Khātūn (the mother of Shāh Abū Ishāq Injū) during the years 1344-1349 (745-750 AH). She carried out essential repairs, constructed an edifice, a hall of audience, a fine college, and a tomb for herself on the south side. She also presented a unique Qur'an of thirty volumes, written in golden thuluth characters with gold decoration, in the style of the calligraphist of that period, Yahya Jamali. The date written on the Qur'an indicates that they were written from 1344-1345 (754-746 AH). Nothing now remains of the buildings set up by Queen Tash Khātūn, but the Qur'ans have remained and are preserved in the Pars Museum.

The mosque again underwent necessary repairs in 1506 (912 AH - under the reign of Shāh Ismā‘īl I), which were initiated by the guardian of the mosque at the time, Mirza Habibullah Sharifi. The mosque was again repaired in 1588 (997 AH) when half of the structure collapsed as a result of an earthquake. During the nineteenth century, the mosque was damaged several times and was subsequently repaired. In 1827 (1243 AH), Fat'h ‘Alī Shāh Qājār presented an ornamental railing for the tomb. Another earthquake shook the mosque in 1852 (1269 AH), and repairs were carried out by Muhammad Nasir Zahir ad-Dawla.

Finally, the late Nasirol'molk repaired the dome, but on account of the numerous cracks, in 1958 the whole dome was removed, and in its place an iron structure, which was lighter, and likely to last longer, in the shape of the original dome, was made at the cost of the people of Shiraz. The present building consists of the original portico, with its ten columns, on the eastern side, a spacious sanctuary with lofty alcoves on four sides, a mosque on the western side of the sanctuary, and various rooms. There are also numerous tombs contiguous to the Mausoleum.

The decorative work in a mosaic of mirror glass, the inscriptions in stucco, the ornamentation, the doors covered with panels of silver, the portico, and the wide courtyard are most attractive. The tomb, with its latticed railing, is in an alcove between the space beneath the dome and the mosque. And this custom of placing the tomb in this position, so that it is not directly under the dome, is to be seen in other famous places of pilgrimage in the city of Shiraz, and may be considered a special feature of Shiraz shrines. Two short minarets, situated at each end of the columned portico, add impressiveness to the Mausoleum, and to the spacious courtyard, which surrounds it on three sides. The Shah-e-Cheragh Mausoleum was registered on 10 February 1940, under No. 363 in the list of the national monuments of Iran.

Rated by many travellers as the most beautiful mosque in the world.[1] The shrine was popularised in the West when in October 1976, Interview magazine published a Firooz Zahedi photo shoot of Elizabeth Taylor as a cover story.[2] 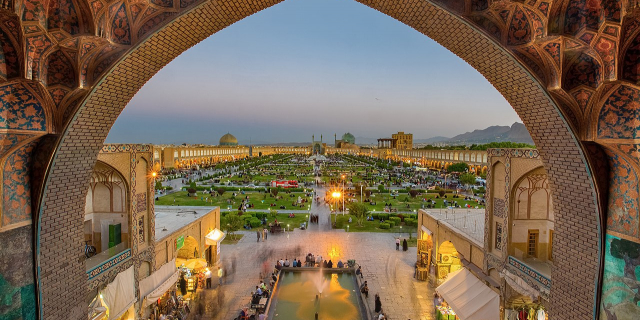 Where can you sleep near Shah Cheragh ?

What can you do near Shah Cheragh ? دروازه ملل Gate of All Nations 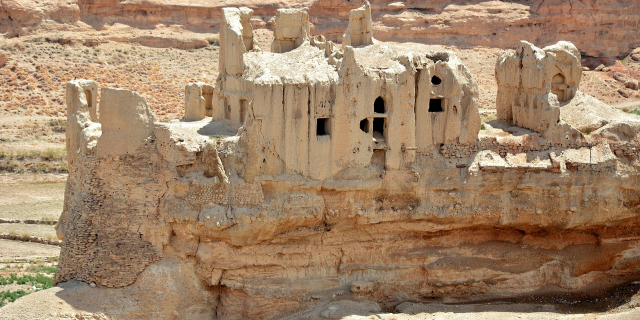