Chiapa de Corzo (Spanish: [ˈtʃjapa ðe ˈkoɾso] (listen)) is a small city and municipality situated in the west-central part of the Mexican state of Chiapas. Located in the Grijalva River valley of the Chiapas highlands, Chiapa de Corzo lies some 15 km (9.3 mi) to the east of the state capital, Tuxtla Gutiérrez. Chiapa has been occupied since at least 1400 BCE, with a major archeological site which reached its height between 700 BCE and 200 CE. It is important because the earliest inscribed date, the earliest form of hieroglyphic writing and the earliest Mesoamerican tomb burial have all been found here. Chiapa is also the site of the first Spanish city founded in Chiapas in 1528. The "de Corzo" was added to honor Liberal politician Angel Albino Corzo.

Skeleton from Mound 5 of Chiapa de Corzo site at the Regional Museum of Anthropology and History of Chiapas.

The region has been inhabited at least since the Archaic period of Mesoamerican history.[1] The immediate area of the municipality was settled around 1200 BCE by a group of people related to the Olmec culture, who are thought to have been speakers of an early Mixe–Zoquean language. However, the exact relationship between Chiapa de Corzo and the Olmec world has not been definitively established. By 900 or 800 BCE, the village, now archeological site, show a strong relationship with the Olmec center of La Venta, but it is unknown if Chiapa was ruled by La Venta or not. However, much the settlement shared many features with La Venta, including a ceremonial pond and pottery styles as well as using the same sources for materials such as obsidian and andesite.[2]

The Chiapa site is important because it shows a Mixe–Zoque–Olmec culture which eventually split from the Olmec.[2][3] The development of the ancient city has been divided into a number of phases. The earliest and most important are the Escalera or Chiapa III (700-500BCE) and Francesa or Chiapa IV (500BCE to 100CE) phase. Olmec influence is strongest in the Escalera phase when it became a planned town with formal plazas and monumental buildings. However, contacts with Mayan areas is evident as well. However, even during this phase, there are significant differences in architecture and pottery which suggest a distinct Zoque identity from the Mixe–Zoque/Olmec cultural base. The distinction grew in the Francesca period as monumental structures were enlarged and pottery was almost all locally made. There is also evidence of participation in long distance trade networks, and the first examples of hieroglyphic writing appear. The earliest Long Count inscription in Mesoamerica derives from this phase, with a date of 36 BCE appearing on Stela 2.[2] At its height, was an independent city on major trade routes. It may have been a major influence for the later Maya civilization as the pyramids in Chiapa are very similar to the E group pyramids found in most of Mesoamerica.[3] The following Horcones phase and Istmo phase to 400 CE show more elaborate tomb construction and craft specialization. By the end of these phases, however, craft activity diminishes and long distance ties contracted even though tombs remain elaborate. The final centuries are associated with the Jiquipilas phase around 400 CE. It is not known what brought down the civilization, but the city became gradually abandoned and appears to have become a pilgrimage site, perhaps by Zoque who had been conquered by the Chiapa people.[2]

Whether the Chiapa actually conquered the Zoque city or whether it had fallen before their arrival, the newcomers decided to occupy the adjacent floodplain of the Grijalva River, where the modern town is, and leave the old ruins untouched. By the early 16th century, this town had become a local power center called Napinaica.[4][2] The Chiapa people were distinct from others in Chiapas in size, nudity, and fierceness which impressed the Spanish who noted it in their writings.[4] These people were fiercely opposed to Spanish intrusion and were a major obstacle to the first efforts by the conquistadors to dominate. However, in 1528, Diego de Mazariegos succeeded in breaking this resistance by enlisting the help of neighboring peoples who were enemies of the Chiapa. The last Chiapa leader, named Sanguieme, tried to help his people escape the domination of the Spanish but, according to historian Jean de Vos, he was captured and burned alive in a hammock strung between two kapok trees, with a hundred of his followers hung from trees near the river.[4]

Panel from the original main altar of the Santo Domingo Church

After the conquest, the town was refounded with the name of Villa Real de Chiapa by a large kapok tree called La Pochota as the first European city in Chiapas.[5][4][6] However, the hot climate of the area did not entice many Spanish to stay. Most instead went to the northeast into the cooler mountains to found another city, today San Cristobal. The mountain city would be founded as Chiapa de los Españoles, while Villa Real de Chiapa would become known Chiapa de los Indios, left to the indigenous and monks there to evangelize them.[4] Despite this, the city would remain one of the most important for the first 200 years of colonization.[5] While it was an encomienda at first, it became a dependency of the Spanish Crown in 1552, changing its name to Pueblo de la Real Corona de Chiapa de Indios.[5] The developers of the area were Dominican friars, who followed the ideals of Bartolomé de las Casas in neighboring San Cristobal. They worked to protect the indigenous against the abuses of the Spanish colonizers, allowing them to gain the trust of the local people and convert them to Christianity. They also taught the local indigenous crafts such as European pottery methods, fireworks making and rope making. The Dominicans also built many of the landmarks of the town such as the La Pila fountain. This protection and the very high percentage of indigenous population in the colonial period allowed for many indigenous names to survive to the present day. Along with surnames such as Grajales, Castellanos, Marino Hernández, there is Nandayapa, Tawa, Nuriulú, Nampulá and Nangusé among others.[4]

In 1849, the city was declared the seat of its district. The town was officially declared a city in 1851. “de Corzo” was added to the name in 1881 in honor of Liberal politician Angel Albino Corzo. In 1863, there was a battle between the French and the Liberals, with the latter led by Salvador Urbina.[6]

Between 1970 and 1979, the construction of the Chicoasén Dam caused earthquakes in the area. One of these toppled the large bell in the main church.[6] The main highway that connects the city with San Cristóbal was built in 2000. During this same year, the first non PRI municipal president was elected, from the National Action Party.[6] 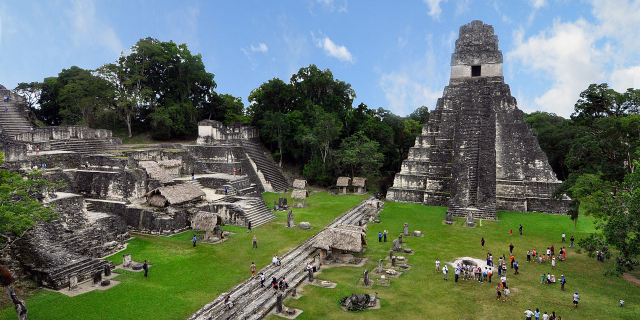 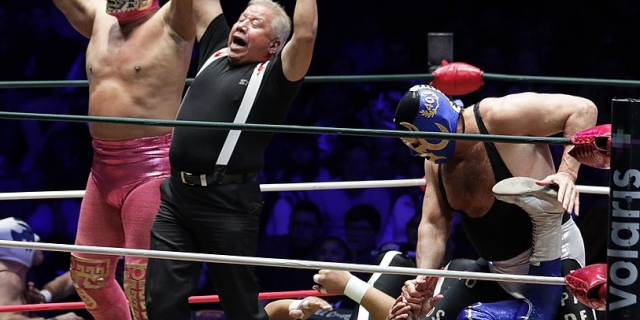 Where can you sleep near Chiapa de Corzo, Chiapas ?

What can you do near Chiapa de Corzo, Chiapas ? 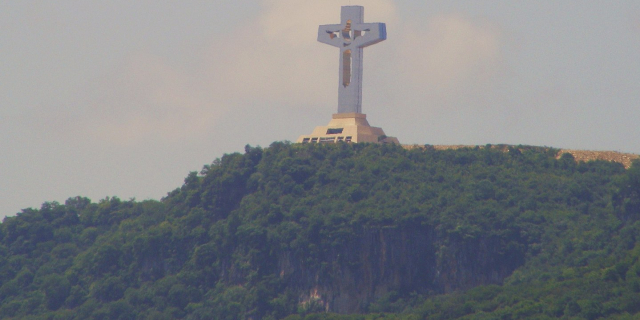 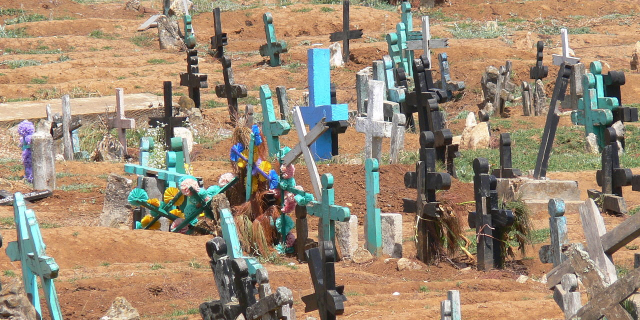 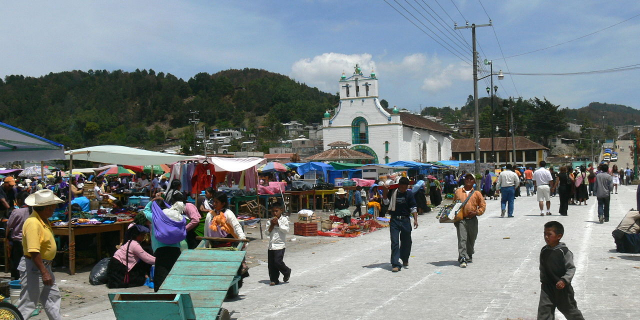 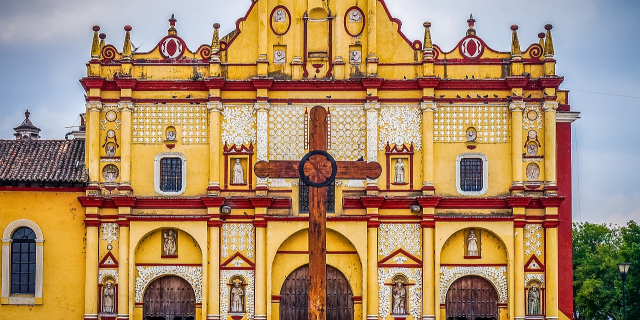 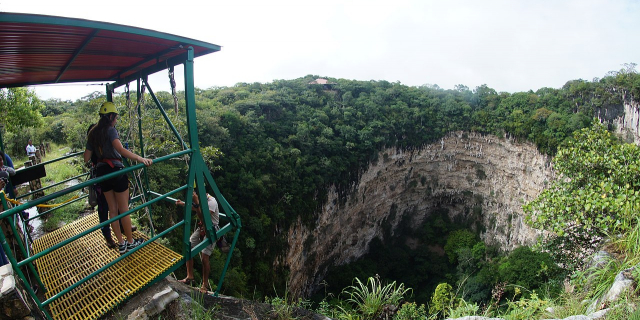 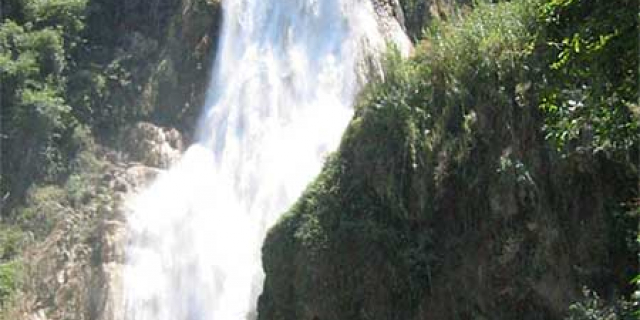