Valley of the Kings

The Valley of the Kings (Arabic: وادي الملوك Wādī al-Mulūk; Coptic: ϫⲏⲙⲉ, romanized: džēme Late Coptic: [ˈʃɪ.mæ]), also known as the Valley of the Gates of the Kings (Arabic: وادي أبواب الملوك Wādī Abwāb al-Mulūk), is a valley in Egypt where, for a period of nearly 500 years from the 16th to 11th century BC, rock-cut tombs were excavated for the pharaohs and powerful nobles of the New Kingdom (the Eighteenth to the Twentieth Dynasties of Ancient Egypt).

The valley stands on the west bank of the Nile, opposite Thebes (moder...Read more

The Valley of the Kings (Arabic: وادي الملوك Wādī al-Mulūk; Coptic: ϫⲏⲙⲉ, romanized: džēme Late Coptic: [ˈʃɪ.mæ]), also known as the Valley of the Gates of the Kings (Arabic: وادي أبواب الملوك Wādī Abwāb al-Mulūk), is a valley in Egypt where, for a period of nearly 500 years from the 16th to 11th century BC, rock-cut tombs were excavated for the pharaohs and powerful nobles of the New Kingdom (the Eighteenth to the Twentieth Dynasties of Ancient Egypt).

The valley stands on the west bank of the Nile, opposite Thebes (modern Luxor), within the heart of the Theban Necropolis./ The wadi consists of two valleys: the East Valley (where the majority of the royal tombs are situated) and the West Valley (Valley of the Monkeys).

With the 2005 discovery of a new chamber and the 2008 discovery of two further tomb entrances, the valley is known to contain 63 tombs and chambers (ranging in size from KV54, a simple pit, to KV5, a complex tomb with over 120 chambers). It was the principal burial place of the major royal figures of the Egyptian New Kingdom, as well as a number of privileged nobles. The royal tombs are decorated with scenes from Egyptian mythology and give clues as to the beliefs and funerary practices of the period. Almost all of the tombs seem to have been opened and robbed in antiquity, but they still give an idea of the opulence and power of the pharaohs.

This area has been a focus of archaeological and Egyptological exploration since the end of the eighteenth century, and its tombs and burials continue to stimulate research and interest. Since the 1920s, the valley has been famous for the discovery of the tomb of Tutankhamun, and is one of the most famous archaeological sites in the world. In 1979, it became a World Heritage Site, along with the rest of the Theban Necropolis. Exploration, excavation and conservation continues in the valley, and a new tourist centre has recently been opened. The Theban Hills are dominated by the peak of al-Qurn, known to the Ancient Egyptians as ta dehent, or "The Peak".[1] It has a pyramid-shaped appearance, and it is probable that this echoed the pyramids of the Old Kingdom, more than a thousand years prior to the first royal burials carved here.[2][3] Its isolated position also resulted in reduced access, and special tomb police (the Medjay) were able to guard the necropolis.[4]

While the iconic pyramid complex of the Giza Plateau have come to symbolize ancient Egypt, the majority of tombs were cut into rock. Most pyramids and mastabas contain sections which are cut into ground level, and there are full rock-cut tombs in Egypt that date back to the Old Kingdom.[5]

After the defeat of the Hyksos and the reunification of Egypt under Ahmose I, the Theban rulers began to construct elaborate tombs that reflected their newfound power.[6] The tombs of Ahmose I and his son Amenhotep I (their exact location remains unknown) were probably in the Seventeenth Dynasty necropolis of Dra' Abu el-Naga'.[7] The first royal tombs in the Valley of the Kings were those of Amenhotep I (although this identification is also disputed),[8] and Thutmose I, whose advisor, Ineni, notes in his tomb that he advised the king to place his tomb in the desolate valley (the identity of this actual tomb is unclear, but it is probably KV20 or KV38).[1]

I saw to the excavation of the rock-tomb of his majesty, alone, no one seeing, no one hearing.[9]

The Valley was used for primary burials from approximately 1539 BC to 1075 BC. It contains at least 63 tombs, beginning with Thutmose I (or possibly earlier, during the reign of Amenhotep I) and ending with Ramesses X or XI, although non-royal burials continued in usurped tombs.[10]

Despite its name, the Valley of the Kings also contains the tombs of favorite nobles as well as the wives and children of both nobles and pharaohs. Therefore, only about twenty of the tombs actually contain the remains of kings. The remains of nobles and of the royal family, together with unmarked pits and embalming caches, make up the rest.[11] Around the time of Ramesses I (ca. 1301 BC) construction commenced in the separate Valley of the Queens.[12]

The official name for the site in ancient times was The Great and Majestic Necropolis of the Millions of Years of the Pharaoh, Life, Strength, Health in The West of Thebes (see below for the hieroglyphic spelling), or Ta-sekhet-ma'at (the Great Field).[13]

At the start of the Eighteenth Dynasty, only kings were buried within the valley in large tombs. When a non-royal person was buried, it was in a small rock cut chamber, close to the tomb of their master.[9] Amenhotep III's tomb was constructed in the Western Valley, and while his son Akhenaten moved his tomb's construction to Amarna, it is thought that the unfinished WV25 may have originally been intended for him.[14] With the return to religious orthodoxy at the end of the Eighteenth Dynasty, Tutankhamun, Ay, and Horemheb returned to the royal necropolis.[15]

The Nineteenth and Twentieth Dynasties saw an increase in the number of burials (both here and in the Valley of the Queens), with Ramesses II and later Ramesses III each constructing a massive tomb used for the burial of their sons (KV5 and KV3 respectively).[16][17] There are some kings that are not buried within the valley or whose tomb has not been located: Thutmose II may have been buried in Dra' Abu el-Naga' (although his mummy was in the Deir el-Bahari tomb cache),[18] Smenkhkare's burial has never been located, and Ramesses VIII seems to have been buried elsewhere.

In the Pyramid Age, the pyramid tomb of a king was associated with a mortuary temple located close to the pyramid. Since the tombs of the kings in the Valley of the Kings were hidden, the kings' mortuary temples were located away from their burial sites, closer to the cultivation facing Thebes.[1] These mortuary temples became places visited during the various festivals held in the Theban necropolis. Most notable is the Beautiful festival of the valley, where the sacred barques of Amun-Re, his consort, Mut, and son, Khonsu, left the temple at Karnak in order to visit the funerary temples of deceased kings on the West Bank and their shrines in the Theban Necropolis.[19]

The tombs were constructed and decorated by the workers of the village of Deir el-Medina, located in a small wadi between this valley and the Valley of the Queens, facing Thebes. The workers journeyed to the tombs through various routes over the Theban hills. The daily lives of these workers are quite well known due to their being recorded in tombs and official documents.[20] Amongst the events documented is perhaps the first recorded workers' strike, detailed in the Turin Strike Papyrus.[21][22][23] 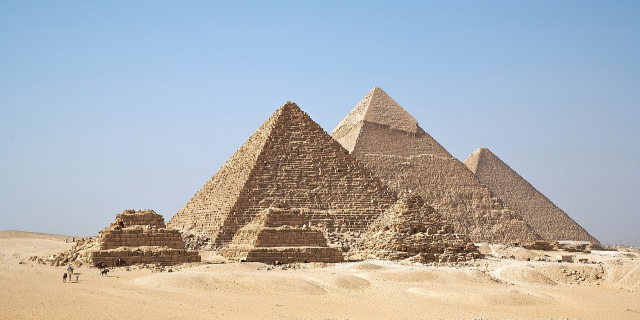 Where can you sleep near Valley of the Kings ?

What can you do near Valley of the Kings ? 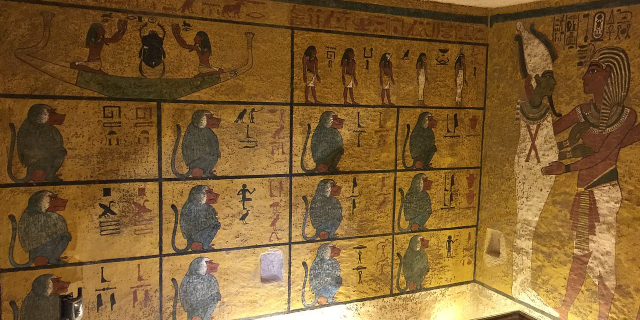 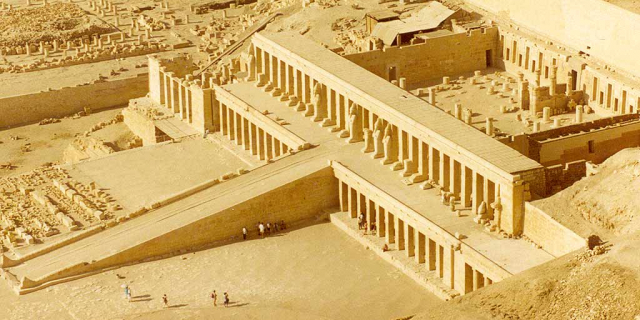 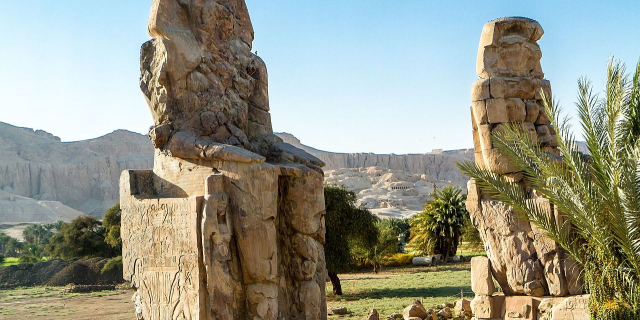 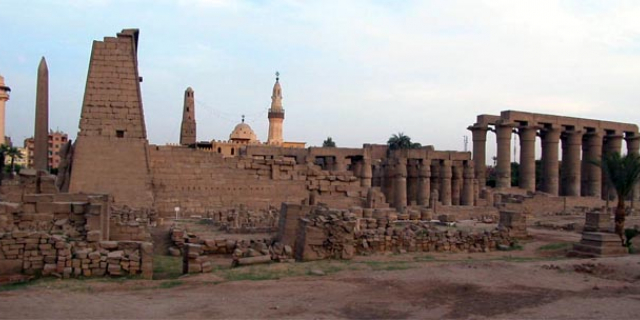 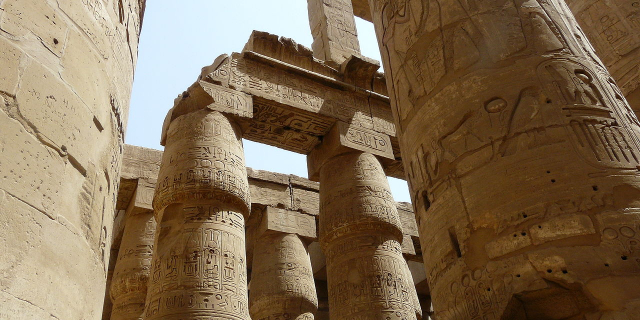 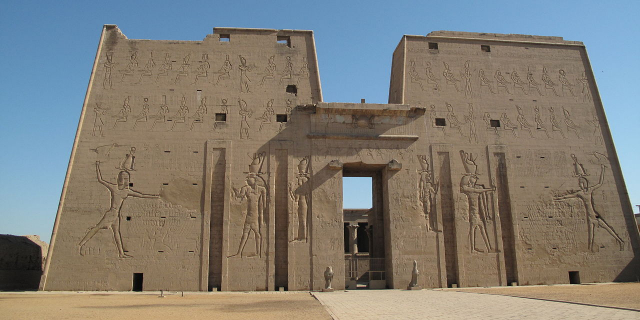 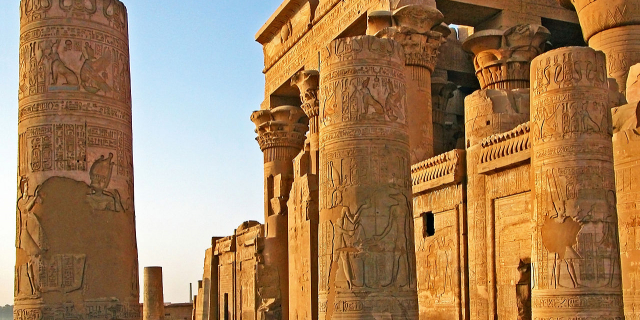 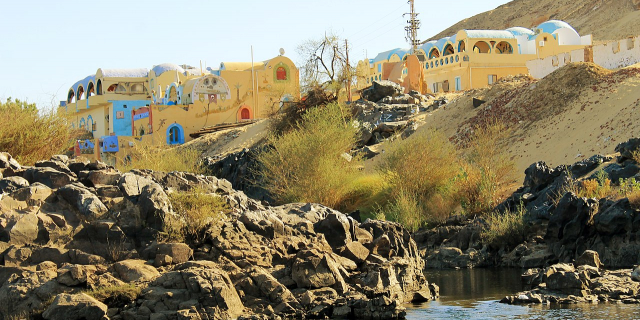 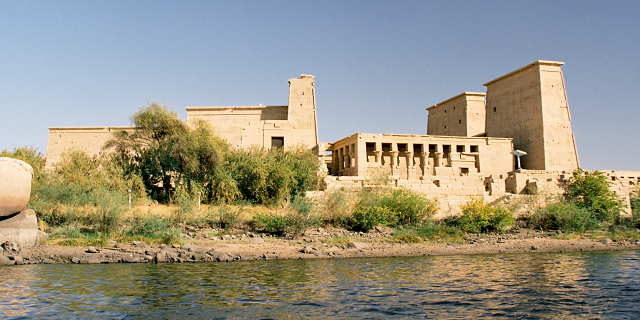 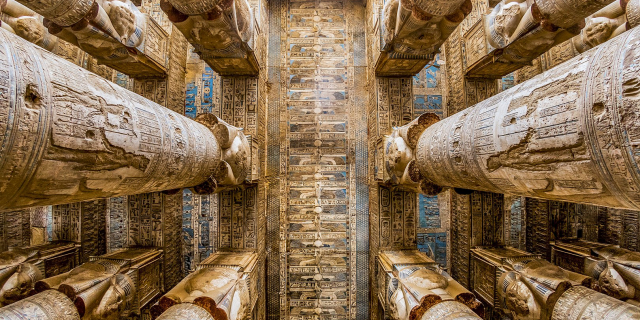 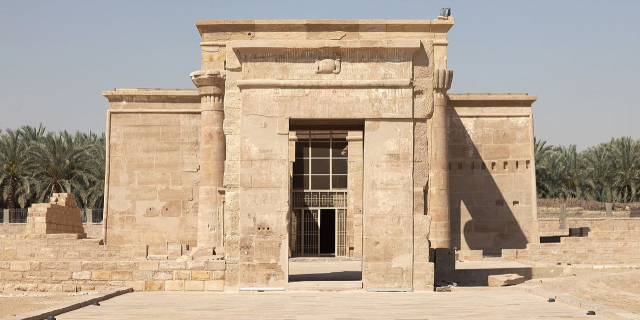 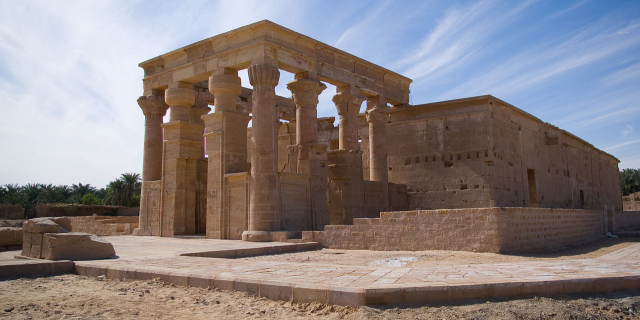 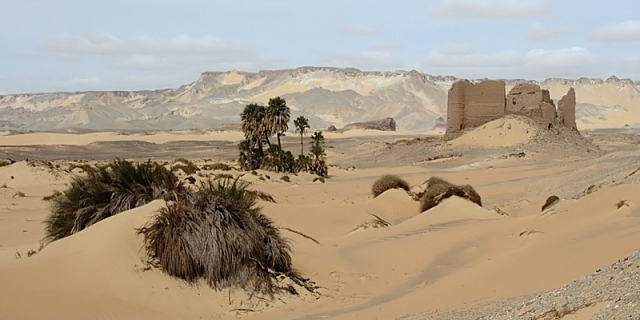 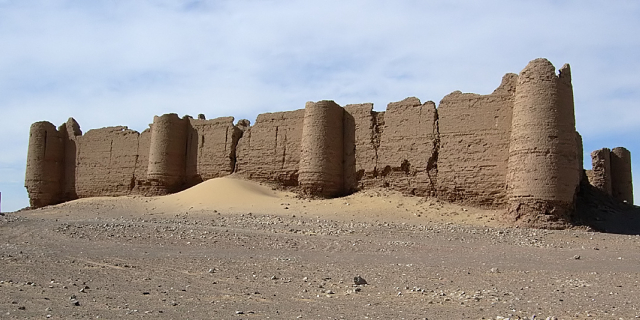 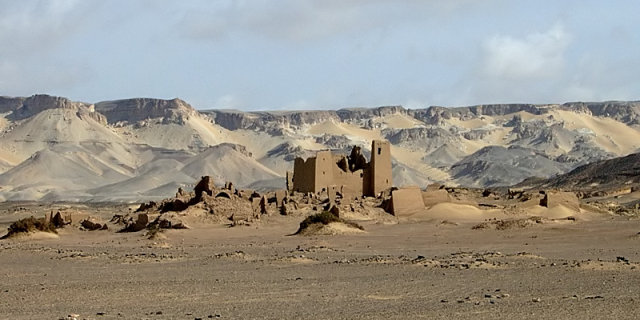 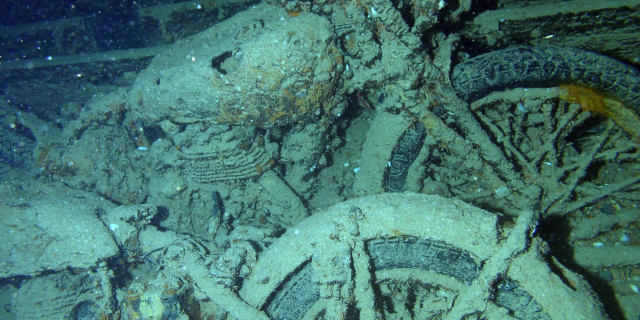 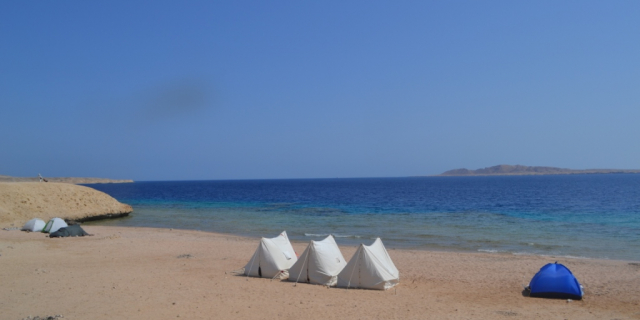 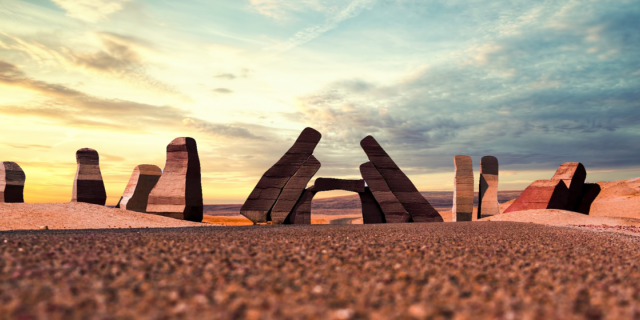 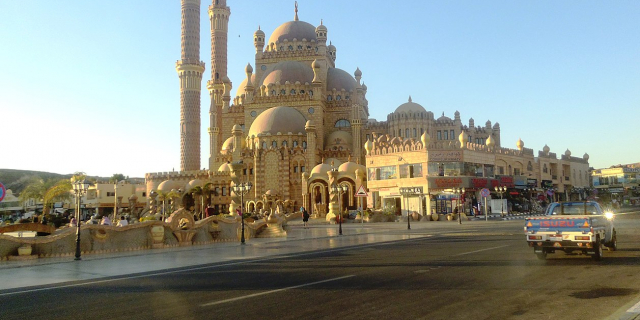