Scrabo Tower is a 135 feet (41 m) high 19th-century lookout tower or folly that stands on Scrabo Hill near Newtownards in County Down, Northern Ireland. It provides wide views and is a landmark that can be seen from afar. It was built as a memorial to Charles Vane, 3rd Marquess of Londonderry and was originally known as the Londonderry Monument. Its architectural style is Scottish Baronial Revival.

The tower commemorates the 3rd Marquess of Londonderry, who was born Charles William Stewart in 1788. He fought in the Napoleonic Wars.[1] He became married twice first Catherine Bligh and then Frances Anne Vane. His second wife was a rich heiress and the marriage contract obliged him to change his surname to hers, which explains why he was first called Stewart and later Vane. He succeeded his half-brother Viscount Castlereagh as marquess in 1822 and became owner of the family estate in County Down. The estate's great house, Mount Stewart, became his Irish residence but after his second marriage he lived mostly in England.

In 1854, when the 3rd Marquess died, his eldest son, Frederick Stewart, 4th Marquess of Londonderry, and his widow, the dowager marchioness, decided to build him a monument. As these two were not at good terms, each conceived and pushed his or her own project. Two monuments resulted: the Irish tower discussed here and an equestrian statue in Durham, England.[2]

A committee was formed in Newtownards to raise funds by subscription for an Irish monument. The local gentry and the late marquess's friends, among which Napoleon III of France, donated most of the money, with some of the tenants also contributing.[3] Altogether 730 people subscribed.[4] The person behind these efforts was his eldest son Frederick Stewart, 4th Marquess of Londonderry.[5]

The funds raised allowed for a budget of £2000. At first, the monument was to be built in Newtownards, but it was later shifted to Scrabo Hill where it could be seen from Mount Stewart and where suitable building stone was quarried. In December 1855 the committee decided to hold a design competition.[6] The deadline was 1 February 1856.[7] Four entries were considered: an obelisk and three towers. The first prize went to the obelisk, which was submitted by William Joseph Barre.[8] However, the obelisk came to nothing and indeed none of the first three projects was executed. When the committee called for tenders from building contractors, all the submissions for the three best-rated entries exceeded the budget and were therefore rejected. Finally, a tender by Hugh Dixon from Newtownards for the fourth project was accepted.[9] However, supporters of William Barre claimed that the competition had been rigged.[10]

The fourth design had been submitted by the firm Lanyon & Lynn, a partnership of Charles Lanyon and William Henry Lynn that lasted from the mid-1850s to 1860.[11] The design showed a tower in the Scottish Baronial style that could be understood as a peel tower and a symbol of the landlord as a chivalrous protector of his tenants in times of danger. Such a tower was considered especially suitable for a Stewart as the Stewarts or Stuarts ruled Scotland during the times when peel towers were erected.

The 5th Baron Dufferin and Claneboye, a neighbour of the Londonderrys, had recently built Helen's Tower, also in the Scottish Baronial style, on the next hill to the north of Scrabo: the new tower was to have more than double the height of theirs. Also, it would be situated on a bare hilltop, unlike Helen's Tower which is concealed within beech woodland, and can so be more easily seen from further away.[citation needed] Artist' View of the Londonderry Memorial Tower,[12] believed to represent the original project by Lanyon & Lynn

A gilt-framed picture of the Scrabo Tower, which seems to be a coloured-in wood engraving, is preserved at Mount Stewart. It gives an artist's view of the Londonderry Monument, showing three towers linked by two short stretches of crenellated wall.[12] The middle tower resembles the one built. The others are much smaller. Wood engravings similar to this picture have been published in the Illustrated London News[13][14] and the Dublin Builder. It seems that these pictures represent the original project before simplification to cut cost. Lynn's obituary in the Irish Builder attributes the design to Lynn.[15]

The foundation stone was laid on 27 February 1857 by Sir Robert Bateson and blessed by the Church of Ireland bishop of the diocese on demand by William Sharman Crawford, chairman of the Building Committee, in a ceremony attended by the 4th Marquess, his wife, many members of the gentry, and a crowd of residents and tenants.[16] The Dowager Marchioness, the 4th Marquess's stepmother, was conspicuously absent.

The construction generally followed the accepted plans, but the tower's height was shortened and its form was simplified by omitting the crenellated walls and the wing towers. Work ceased in 1859 after the cost had risen to £3010.[17] The contractor was ruined, and the interior was left unfinished. In 1865 the Dublin Builder somewhat belatedly published an article about the tower. The author's purpose seems to have been to defend Lanyon and the Londonderrys against accusations of having rigged the competition. This article overstates the tower's height as 195 feet instead of 135 and understates the cost of the tower as £2300 instead of £3010.[18] It also exaggerates the contribution made by the tenants to the point of making us believe that the tower was exclusively financed by the tenants.[19]

Those loyal to the Stewart family suggested the inspiration for the memorial lay in the gratitude of his tenantry for the solicitude the Marquess had shown during the Great Famine. This seems improbable given the criticism directed toward him in those years. Londonderry refused to consider rent reductions, had objected to public works schemes for famine relief,[20] and while making contributions of £30 to the local soup kitchens in 1847, spent £15,000 renovating their home in Mount Stewart.[21] Only 450 subscribers were connected to the estate on which there were 1,200 tenants farmers and many associated employees (in 1850, organised in the all-Ireland Tenant Right League, 700 of these tenants had signed an address demanding tenant right and lower rents).[22] Two thirds of the cost of the tower was met by 98 subscribers (in a list headed by Emperor Napoleon III) most of whom were fellow gentry.[23] The tower is massive and imposing, symbolizing, if anything, landlord power.[24] Size and mass were the "chief objects" according to the Dublin Builder.[25] In later appreciations it is found "more curious than beautiful"[26] and "one of the finest examples of 19th-century folly towers".[27]

After the tower's completion in 1859, William McKay, a foreman of the quarry, moved into the tower as caretaker. His family ran a tearoom in the tower until 1966[28] despite the lack of water at the top of the hill. The tower and the grounds on which it stands were then acquired by the state. In 1977, the tower was listed as a Grade B+ historic building.[29] The Department of Environment spent £20,000 on the tower in 1992, repairing windows, repointing the masonry, adding lightning protection and fitting in a wooden floor between the second and third floor, which had been omitted in 1859 to cut costs.[30] The tower now stands in the Scrabo Country Park, which is managed by the Northern Ireland Environment Agency (NIEA).[31] In 2014, the NIEA announced that water ingress had damaged the electricity supply, and citing safety concerns, closed the tower to visitors.[32][33] By 2015, the tower opened occasionally,[34] and in 2017 it was fully reopened to the public.[35] Where can you sleep near Scrabo Tower ?

What can you do near Scrabo Tower ? 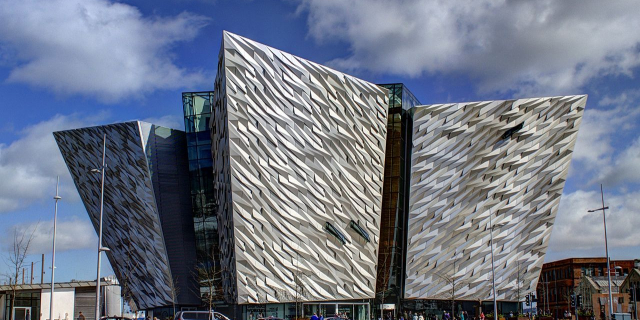 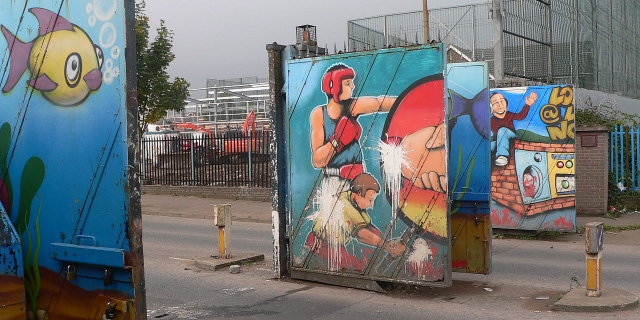 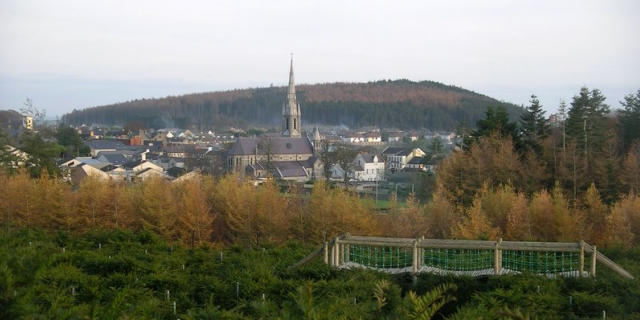 An Maze Síochána The Peace Maze 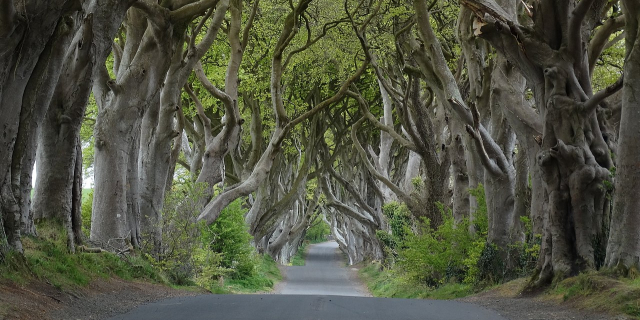 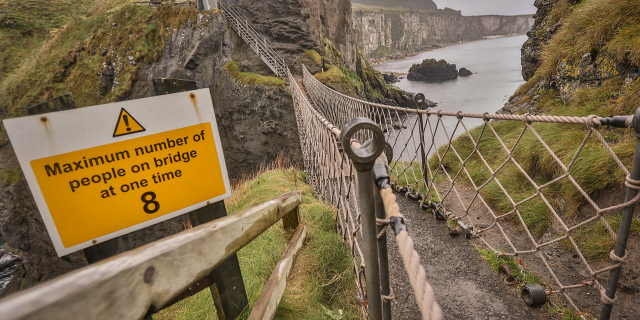 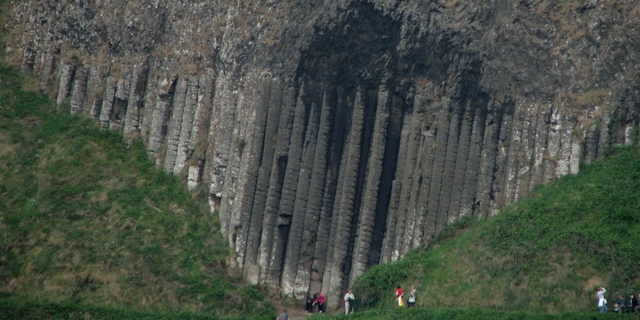 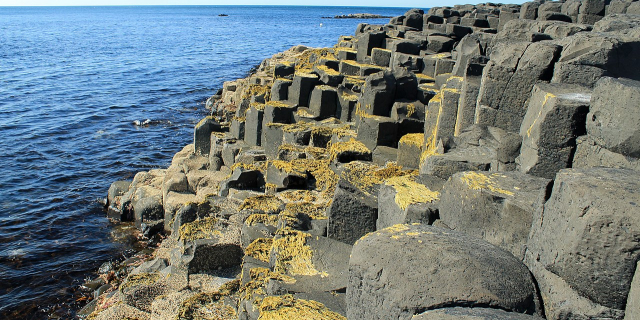 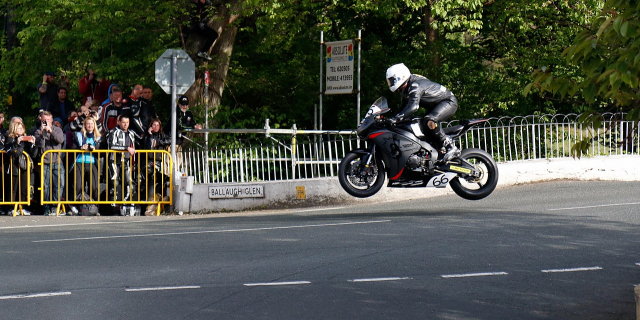 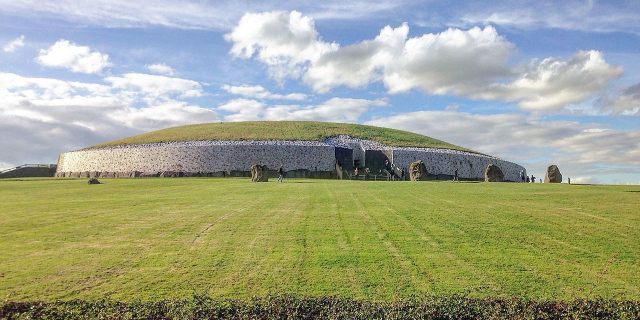 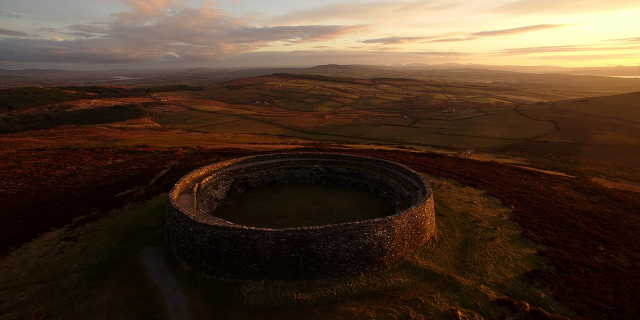 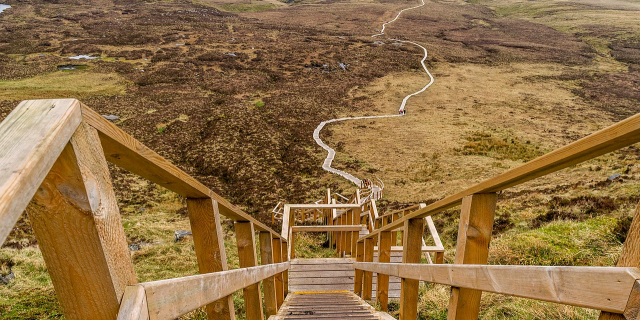 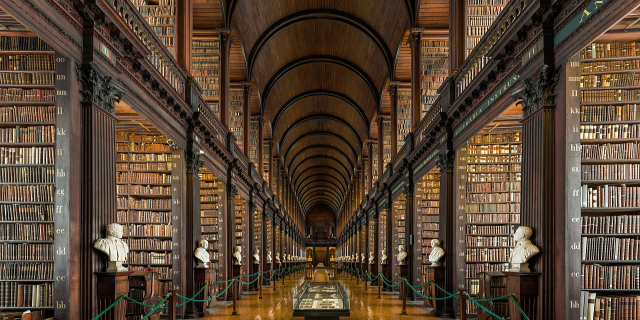